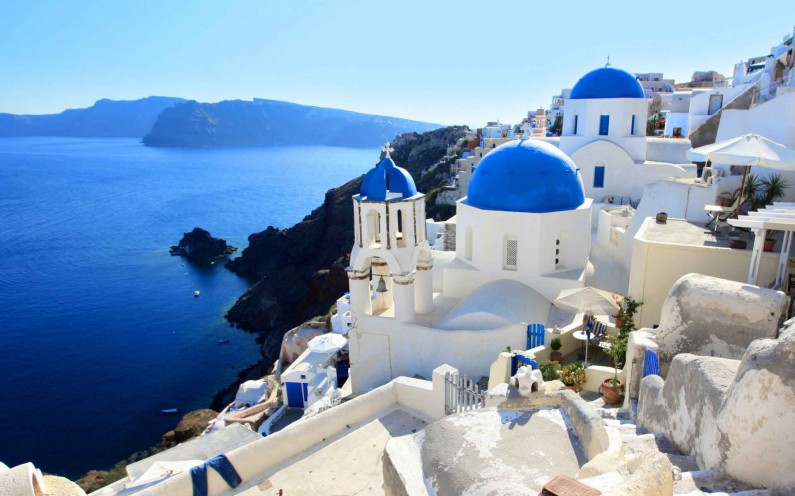 VIA “blog.reuters.com” by Hugo Dixon

Greece desperately needs a quick fix. Time is running so short that a deal is needed in the next few days to stop Athens going bust. That will be, at best, a short-term patch-up while a long-term programme is worked out.

Compromise is needed by both Greece’s radical new leftist government and its euro zone creditors to avoid a disaster. It won’t be easy. Greece will default on its debts in around a month’s time unless it can find a new source of cash to repay loans owed to the International Monetary Fund (IMF). Meanwhile, the banks, which are relying on emergency liquidity assistance (ELA) from the country’s central bank, are at risk of deposit flight.

Athens and its creditors are so far apart on how the economy should be managed that there is no hope of rapidly reaching a new long-term deal. The top priority is therefore to find a way of getting over the immediate hump.

There was a glimmer of hope that this might be possible last week when Alexis Tsipras, Greece’s prime minister, agreed that representatives from the European Commission, the European Central Bank and the IMF could come to Athens to identify areas of common ground. This trio, formerly known as the troika, is now called the “institutions” because the Greeks are hostile to the troika, for which they blame much of their misery.

It seems that the meetings with the three “institutions” merely identified how big a gap there is between the two sides. The new government wants to reverse labour reforms, cancel the agreed privatisation programme, and reduce the planned budget squeeze.

The action now moves to a meeting of euro zone finance ministers set for Feb. 16. If no deal is possible, the so-called Eurogroup might meet again later in the week. The only workable way forward is to extend the current bailout programme, which terminates at the end of February. The snag is that this is anathema to Tsipras and his Syriza party, which detest the programme as much as they do the troika. Still, since extending the programme seems the only game in town, some way must be found of bridging the gap.

One option could be to revive the idea of a “moratorium” which was floated in a Greek paper close to Syriza a week ago. This would involve Tsipras promising neither to reverse the previous reforms nor to press ahead with controversial measures of his own while talks on a longer-term deal continue. Because Athens wouldn’t be implementing the current programme, it would not get any more cash from its creditors until and unless a long-term deal had been cut. But it would be allowed to sell a few more billion euros of treasury bills to its banks in order to avoid default. At the same time, the ECB would restore its safety net to Greek banks so that they no longer have to rely on ELA. That would diminish the risk of a bank run.

Such a moratorium wouldn’t satisfy the extreme left wing of Syriza, as it would be seen as a partial climbdown. But Tsipras may be able to overrule the extremists, arguing that his promises have not been abandoned, only shelved for the time being.

Hard-line members of the Eurogroup will also find it hard to swallow a moratorium because Greece wouldn’t be implementing all the things the previous government had promised. But at least it wouldn’t be moving backwards. What’s more, it is only reasonable to allow the new government time to see if it can strike a new deal. So hopefully some short-term fix can be agreed.

Even if some breathing space is found, negotiators face an Olympian task to secure a long-term pact. If all Greece needed was some relief on its massive debt mountain, it wouldn’t be so hard to agree a deal. Athens could be given an even longer grace period before it has to start repaying loans to other euro zone countries.

Unfortunately, Greece also needs new cash to repay some bonds held by the ECB and the loans it owes the IMF. And the euro zone countries and the IMF won’t lend it more money unless it comes up with a viable economic plan.

Indeed, it is hard to see the euro zone pumping in more cash if Athens cancels the privatisation programme that is supposed to fill part of its funding gap – or if Tsipras unwinds the labour reforms that have started to restore Greece’s competitiveness – or if he spends large sums of money to fulfil his election promises.

The talks will be particularly difficult because the Greek economy has started to suffer again and tax receipts have fallen as a result of the political uncertainty. So even if Athens and its partners get over the immediate hump, Tsipras will in a few months again face a choice over whether he wants to perform a U-turn or suffer a bankruptcy that could drive Greece out of the euro.

The good news is that the prime minister is so popular that he might be able to sell such a somersault (or what the Greeks call a “kolotoumba”) to the voters, perhaps by holding a referendum or a second election. But Tsipras’ popularity cuts both ways. He might also feel strong enough to sell his supporters a policy of quitting the euro.