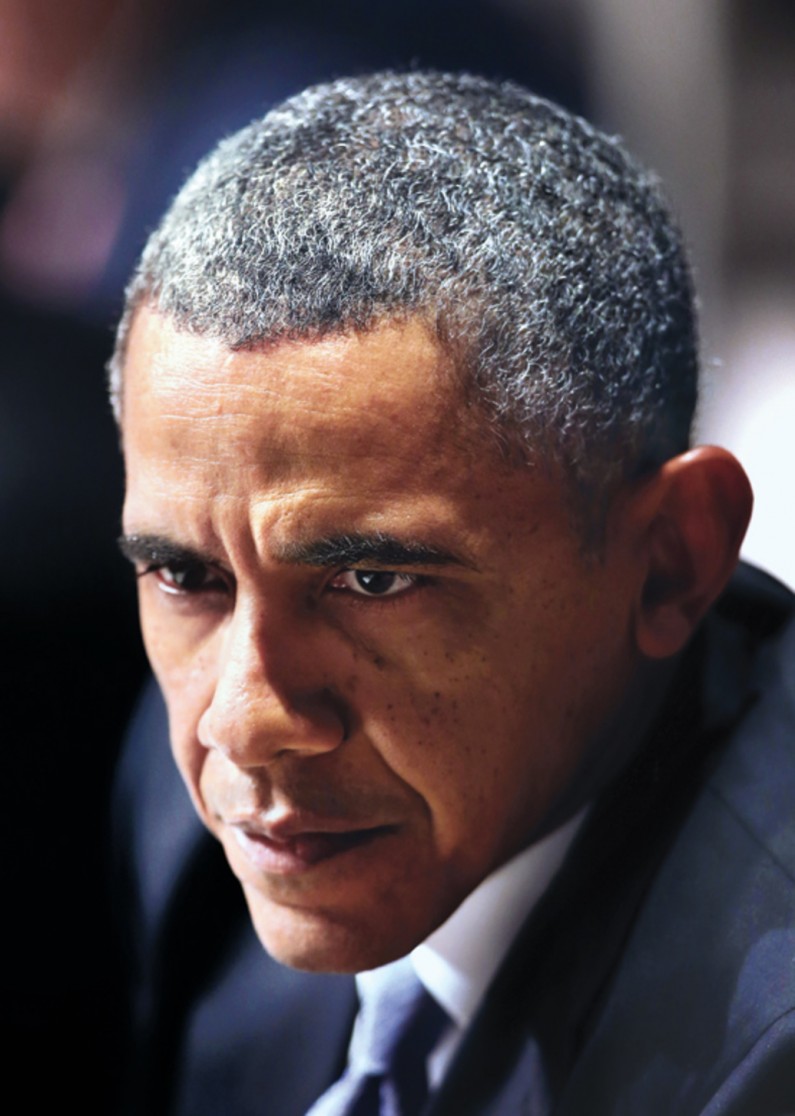 VIA “realclearpolitics.com” by Bill Scher

Shudders shot through the Democratic Party after John Judis argued in the National Journal that, despite conventional wisdom that demographic trends would continue to deepen the Democratic claim to electoral majorities, an “Emerging Republican Advantage” is putting the House out of reach and could flip the White House in 2016.

While he makes no firm predictions, Judis believes that Democratic erosion among blue-collar lower-income whites and office-dwelling middle-income whites will undercut expected gains among minority and youth voters, who still vote Democratic but have displayed a decline in enthusiasm. Judis points to long-standing skepticism within the two white constituencies toward active government and taxes, leading them to view Obamacare and the stimulus as redistributive programs that take from them and give to others.

Judis once thought Obama would spark a generational shift leftward much like Franklin Roosevelt did, both having saved the American economy from collapse. But now he concludes that “that analogy was clearly flawed. Roosevelt took power after four years of the Great Depression, with Republicans and business thoroughly discredited, and with the public (who lacked any safety net) ready to try virtually anything to revive the economy. Obama’s situation was very different. Business was still powerful enough to threaten him if he went too far in trying to tame it. Much of the middle class and working class were still employed, and they saw Obama’s stimulus program—which was utterly necessary to stem the Great Recession—as an expansion of government at their expense.”

I make no firm predictions either. But I would argue it’s premature to conclude that Obama won’t eventually earn the same credit as FDR, and Democrats won’t reap the same rewards, as the New Dealers did.

At the same point in Roosevelt’s presidency as Obama’s, the beginning his seventh year, no pundit would have presumed he was on a glide path toward a fundamental ideological makeover of the country.

He had just suffered a brutal midterm election. In November, Democrats (and left-leaning third parties) lost 81 House seats and seven Senate seats. Prior to that, Roosevelt had an ignominious defeat in the primaries. Wanting to ideologically purify his party, he audaciously backed liberal challengers to conservative incumbents. But the “purge” attempt backfired. Not only did the conservatives survive, they became more emboldened. After November, a bipartisan conservative coalition effectively ruled Congress, thwarting FDR’s desire to extend the New Deal.

FDR had become politically weakened in part because of fears he was trying to accumulate too much power – for example, the public recoiled at his 1937 attempt to pack the Supreme Court. But voters were also questioning the liberal philosophy of the New Deal. People were still scarred from the recession that began in the fall of 1937 and lingered into 1938. Polls in March 1938 said the blame for the recession fell on Roosevelt and large majorities supported business tax cuts over government spending to turn the economy around.

If cable news and Twitter punditry had been around at the time, our feeds and streams would have been full of declarations that the era of big government was over. Yet the conservative backlash of 1938 subsided. By 1940, with the recession a fading memory, Republicans nominated for president a former Democrat and self-described “liberal” who embraced many New Deal reforms. Domestic issues then took a backseat to World War II. But by 1948, Harry Truman was able to rescue his flagging presidency and win election to a full term by reminding voters how far the Democrats had taken them, framing the choice as “whether you want to go forward with the Democratic Party or whether you want to turn the clock back to the horse and buggy days.”

The 1938 experience reminds us that we can’t fully close the book on a presidency until it is actually over. Beyond that fact, other aspects of Judis’ Roosevelt-Obama comparison lack context.

He suggests that Obama’s response was rendered weak by a “powerful” business community that FDR didn’t have to face. But both presidents compromised with business interests. Like Obama, Roosevelt made concessions to win business support for his Recovery Act and his Wall Street reforms, and took flak from the left because of it. When FDR engineered a watered down version of the National Labor Relations Board, in hopes of minimizing business opposition, one liberal senator lashed out, “The New Deal is being strangled in the house of its friends.”

FDR even lost a major fight with the utilities, which ran a nasty but effective lobbying campaign to block legislation that would have abolished their oligarchical “holding” companies. And he buried a proposal to vastly strengthen the Food and Drug Administration, knowing the affected industries would wage total war against it.

We don’t dwell on FDR’s compromises and retreats today. We strictly emphasize his legacy achievements. With a little distance, we may be doing the same for Obama once he is out of office.

It’s true that Obama was somewhat politically disadvantaged by the timing of his inauguration. As Judis notes, FDR’s took office in 1933 after four years of the Depression, with the economy hitting absolute rock bottom. He had the luxury of having his record measured against total misery. While the economy was far from roaring by 1936, slow improvement was still improvement, earning him a landslide re-election.

Obama began just as the free fall began. His Recovery Act, an unusually swift Keynesian response, prevented us from hitting bottom and helped America outperform the world. But sometimes good policy is not good politics. Preventing what will never be known doesn’t yield the same immediate gratitude as rising from the wreckage. In turn, Obama became the rare president re-elected with a lower percentage of the vote than his original victory.

On the other hand, he is also a rare president, the seventh, who won consecutive popular vote majorities. He may not have received a boatload of credit in the midst of the crisis, but he received enough – enough to make the case he was an improvement over his predecessor, enough to keep the hope of a lasting legacy alive.

The white working-class and middle-class constituencies may not have received enough direct aid to feel immediate and lasting indebtedness to Obama. But perceptions have not yet solidified. In June, an NBC/Wall Street Journal poll putting Obama’s approval at 41 percent prompted Chuck Todd to conclude that “the public is saying, ‘Hey, buddy, your presidency is over. … We’re not listening.’” Since then, Obama’s rating has increased by five points in the same poll, and has hit 50 percent in the ABC/Washington Post survey, just a tick below his share of the 2012 vote. The Gallup tracking poll bobbed up and down in January, ranging from 44 to 50 percent. At a minimum, people are still listening, and still processing how much credit he deserves for the healing economy, and how much blame he deserves for the remaining wounds.

With so much still fluid, predictions would be folly. But it’s not demographics that will determine whether the Obama presidency will usher in a generation of liberalism and squelch any “emerging Republican advantage.” It’s his record.