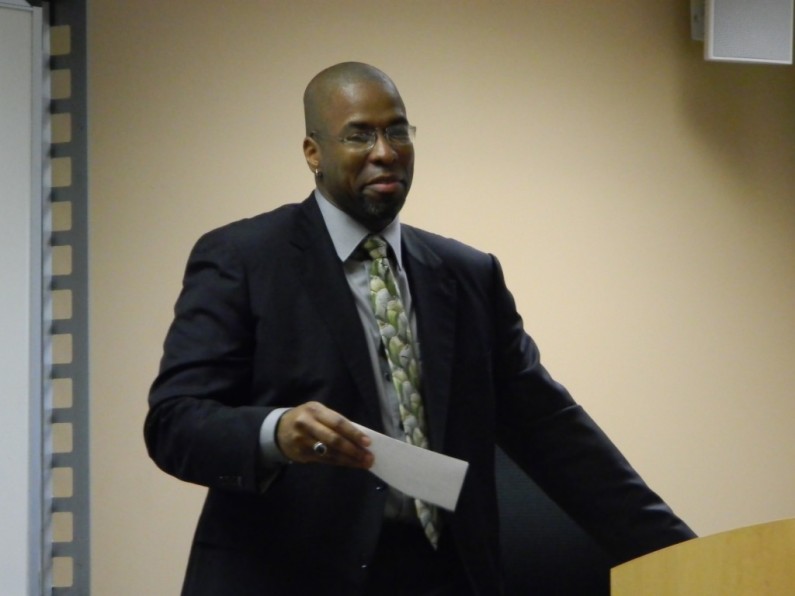 Jeffrey Sterling didn’t hurt anyone, yet he is facing up to 100 years behind bars for nothing more than being a whistleblower. President Barack Obama has repeatedly promised to protect whistleblowers from prosecution and punishment, even though he has used the Espionage Act more than all previous administrations. Those pledges apparently only apply to those who out corruption in private industries, rather than within federal law enforcement and international intelligence circles.

Now, Sterling’s maximum sentence of 100 years in prison and a fine of up to $2.25 million is looming as the former CIA case officer nears his April 24th court date.

The case against Sterling was almost entirely based upon circumstantial evidence. The news agency, Russia Today summarized Sterling’s history as follows:

After joining the CIA on May 14, 1993, Sterling eventually rose to the rank of case officer and began working with the agency’s Iran Task Force. Between November 1998 and May 2000, Sterling had been assigned to a mission conspiring to deliver flawed nuclear blueprints to the Iranian government codenamed Operation Merlin. Unaware of the design flaws, the Iranian government would waste years devising a nuclear weapon that could not detonate.

The CIA planned to use a Russian nuclear engineer codenamed Merlin to transport the nuclear blueprints to the Iranians. In a luxurious hotel room in San Francisco, Sterling and a senior CIA officer gave the blueprints to Merlin, who immediately identified a flaw even though he had not been debriefed. Instead of aborting the mission because the design flaw was too obvious, the senior CIA officer went ahead with the operation.

After handing the nuclear blueprints to Merlin, Sterling convinced him to fly to Vienna and deliver the flawed plans to the visiting Iranian representatives of the International Atomic Energy Agency (IAEA). Fearing retaliation from the Iranian government, Merlin unsealed the envelope containing the blueprints and inserted a personal letter warning the Iranians that the blueprints were flawed. Instead of stunting Iran’s nuclear plans, the CIA inadvertently gave the Iranian government valuable information that could be extracted after identifying the intentional design flaw.

On August 22, 2000, Sterling filed a complaint with the CIA’s Equal Employment Office alleging employment-related racial discrimination. Marred with a history of sexual and racial discrimination, the agency ordered the African American Sterling to recruit three new spies within two months even though many white case officers often go two or three years without recruiting anyone. In March 2001, the CIA placed Sterling on administrative leave.

On May 24, 2001, the CIA’s Equal Employment Office denied Sterling’s case. After Sterling filed a civil lawsuit against the CIA, the agency officially terminated him on January 31, 2002. New York Times reporter James Risen interviewed Sterling and published an article regarding his termination from the CIA.

Concerned about his involvement in the potential advancement of the Iranian nuclear program, Sterling met with the Senate Select Intelligence Committee (SSIC) in March 2003 to blow the whistle on a reckless CIA program codenamed Operation Merlin. A month later, Risen prepared to write an article exposing the mistakes made during Operation Merlin when then-National Security Advisor Condoleezza Rice convinced New York Times senior officials to kill Risen’s story. Unable to publish his article about Operation Merlin in The New York Times, Risen began writing a book.

Published in January 2006, Risen wrote “State of War: The Secret History of the CIA and the Bush Administration” against the wishes of the CIA and The New York Times. According to his book, a CIA official sent an email to an Iranian agent in 2004 accidentally including data exposing nearly every CIA asset in Iran. The Iranian spy who received the data was a double agent who turned the information over to Iranian security officials. Many CIA assets in Iran were arrested, interrogated, and never seen again.

Determined to prove Sterling had been Risen’s source for the book even though much of the information addressed events that happened after his termination from the CIA, the Justice Department began investigating both Risen and Sterling. Risen was subpoenaed in 2008, but he fought against it until the subpoena expired in 2009. The following year, the Obama administration renewed the subpoena ordering Risen to break his journalistic integrity and reveal his sources. Risen refused.

On January 6, 2011, Sterling was arrested for illegally disclosing national defense information and obstructing justice. According to the indictment, Sterling had communicated with Risen and revealed classified documents to the investigative journalist. Sterling was also charged with obstruction for deleting an email that he had sent to Risen.

In July 2013, the U.S. Court of Appeals ruled that Risen must testify in Sterling’s trial. Less than a year later, the Supreme Court rejected Risen’s appeal to protect his sources. In a vain attempt to secure his stained legacy, Attorney General Eric Holder announced last year that the Justice Department would not prosecute Risen for refusing to reveal his sources.

After a Kafkaesque trial involving anonymous CIA agents testifying behind seven-foot-high gray partitions, Sterling was convicted on Monday of six counts of unauthorized disclosure of national defense information, and one count each of unlawful retention of national defense information, unauthorized conveyance of government property, and obstruction of justice. Although Sterling’s attorneys demonstrated that at least 90 other CIA officials and numerous SSIC staffers could have given the information to Risen, Sterling was convicted without any evidence of recorded phone conversations or captured email exchanges between him and the reporter.