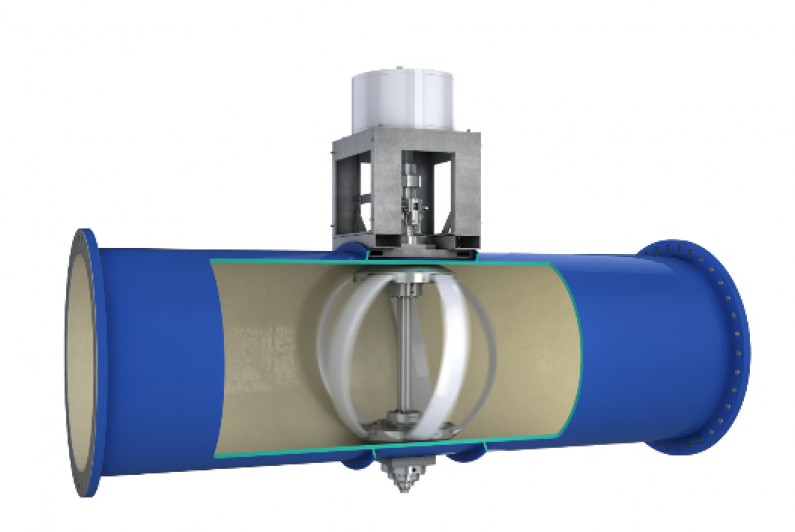 VIA “inhabitat.com” by Colin Payne

Portland residents can now generate green electricity simply by turning on their water taps and flushing their toilets. Fast Company reports that the Oregon city is using a state-of-the art system to capture energy from water flowing through the city’s pipelines. Small turbines installed inside the pipelines are turned by the flowing water, sending energy into a generator and off into the power grid.

“It’s pretty rare to find a new source of energy where there’s no environmental impact,” Gregg Semler told Fast Company. Semler is the chief executive officer of Lucid Energy, the Portland start-up behind the new system. “But this is inside a pipe, so no fish or endangered species are impacted. That’s what’s exciting.”

According to Semler, water utilities tend to use large amounts of electricity, so the new power generation system can help cut the cost of providing drinking water to cities. Utilities can decide whether to use the power for their own purposes, or sell the energy as a source of revenue.

“We have a project in Riverside, California, where they’re using it to power streetlights at night,” Semler notes. “During the day, when electricity prices are high, they can use it to offset some of their operating costs.”

As for Portland, one of its main water pipelines uses Lucid’s system to generate power, and though the system can’t make enough power for the whole city, the pipes can produce enough to run an individual building like a school or a library.

Unlike other forms of green power, like solar or wind, the Lucid system can produce power at any time of the day because the water is always flowing. The only hitch is that the turbines can only produce power where water is naturally flowing downward with gravity. Lucid’s pipes contain sensors that can monitor the quality of the water flowing through the pipes, making them more than just a power generating technology, which can be valuable just about anywhere.