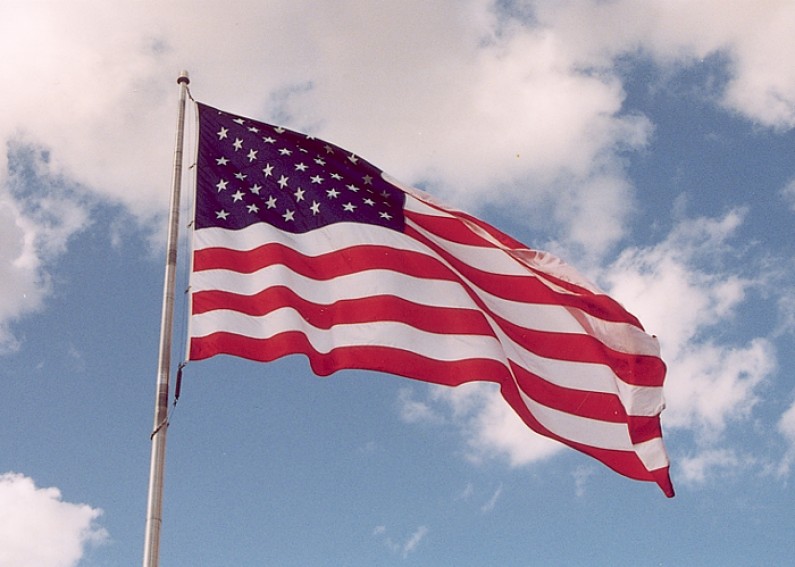 VIA “campusreform.org” by Caleb Bonham and Kaitlyn Schallhorn

The Associated Students of University of California, Irvine (ASUCI) voted Tuesday to remove all flags, including American flags, from an inclusive space on campus because of their offensive nature.

The bill, R50-70, was authored by Social Ecology Representative Matthew Guevara, and accuses all flags, especially, the American flag, of being “symbols of patriotism or weapons for nationalism.”

“[F]lags construct paradigms of conformity and sets [sic] homogenized standards for others to obtain which in this country typically are idolized as freedom, equality, and democracY.”    Tweet This

“[F]lags construct paradigms of conformity and sets [sic] homogenized standards for others to obtain which in this country typically are idolized as freedom, equality, and democracy,” the bill reads.

The legislation argues that flags may be interpreted differently; the American flag, for example, can represent “American exceptionalism and superiority,” as well as oppression.

“[T]he American flag has been flown in instances of colonialism and imperialism,” the bill continues, arguing that “symbolism has negative and positive aspects that are interpreted differently by individuals.”

The anti-flag hanging bill adds that free speech, such as flags in inclusive spaces, can be interpreted as hate speech.

“[F]reedom of speech, in a space that aims to be as inclusive as possible[,] can be interpreted as hate speech,” the bill reads.

“Let it be resolved that ASUCI make every effort to make the Associated Students main lobby space as inclusive as possible.”

“Let it further be resolved that no flag, of any nation, may be hanged on the walls of the Associate Student main lobby space.”

“Let it be further be resolved that if a decorative item is in the Associate student lobby space and issues arise, the solution will be to remove the item if there is considerable request to do so.”

The legislation resolved that any decoration that a student finds offensive will be removed from the Associate Student main lobby if the request is made.

ASUCI is the undergraduate governing body of UC-Irvine. According to its website, it’s student-led by those who are elected into their positions.

Campus Reform has contacted ASUCI and the UC system for comment.