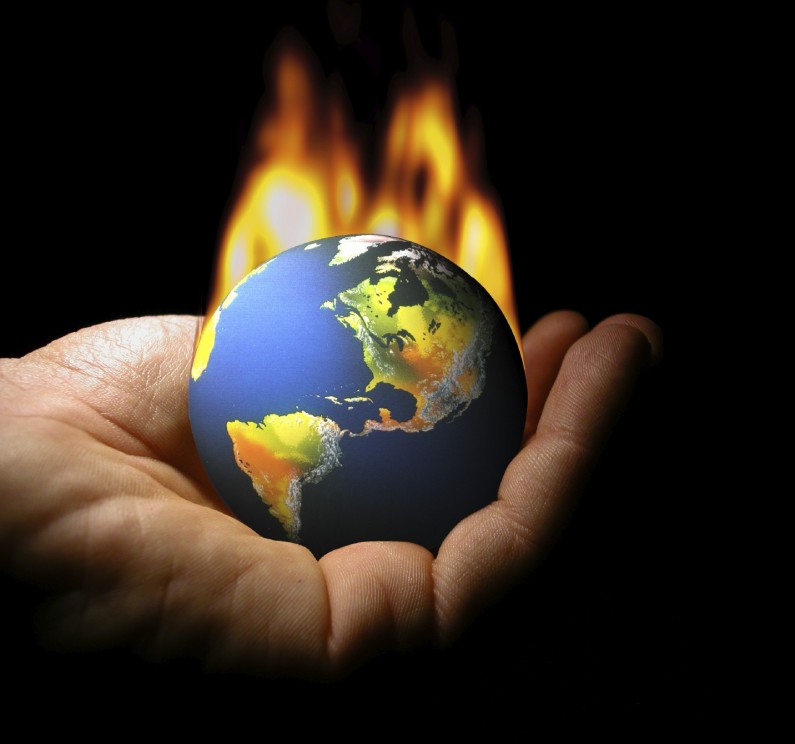 VIA Washington Post, opinions section, by George F. Will

We know, because they often say so, that those who think catastrophic global warming is probable and perhaps imminent are exemplary empiricists. They say those who disagree with them are “climate change deniers” disrespectful of science.

Actually, however, something about which everyone can agree is that of course the climate is changing — it always is. And if climate Cassandras are as conscientious as they claim to be about weighing evidence, how do they accommodate historical evidence of enormously consequential episodes of climate change not produced by human activity? Before wagering vast wealth and curtailments of liberty on correcting the climate, two recent books should be considered.

In “The Third Horseman: Climate Change and the Great Famine of the 14th Century,” William Rosen explains how Europe’s “most widespread and destructive famine” was the result of “an almost incomprehensibly complicated mixture of climate, commerce, and conflict, four centuries in gestation.” Early in that century, 10 percent of the population from the Atlantic to the Urals died, partly because of the effect of climate change on “the incredible amalgam of molecules that comprises a few inches of soil that produces the world’s food.”

In the Medieval Warm Period (MWP), from the end of the ninth century to the beginning of the 14th, the Northern Hemisphere was warmer than at any time in the past 8,000 years — for reasons concerning which there is no consensus. Warming increased the amount of arable land — there were vineyards in northern England — leading, Rosen says, to Europe’s “first sustained population increase since the fall of the Roman Empire.” The need for land on which to grow cereals drove deforestation. The MWP population explosion gave rise to towns, textile manufacturing and new wealthy classes.

Then, near the end of the MWP, came the severe winters of 1309-1312, when polar bears could walk from Greenland to Iceland on pack ice. In 1315 there was rain for perhaps 155 consecutive days, washing away topsoil. Upwards of half the arable land in much of Europe was gone; cannibalism arrived as parents ate children. Corpses hanging from gallows were devoured.

In “Global Crisis: War, Climate Change and Catastrophe in the Seventeenth Century,” Geoffrey Parker, a history professor at Ohio State University, explains how a “fatal synergy” between climatological and political factors produced turmoil from Europe to China. What he calls “the placenta of the crisis” of that century included the Little Ice Age (LIA), between the 1640s and the 1690s. Unusual weather, protracted enough to qualify as a change in climate, correlated so strongly with political upheavals as to constitute causation.

Whatever caused the LIA — decreased sunspot activity and increased seismic activity were important factors — it caused, among other horrific things, “stunting” that, Parker says, “reduced the average height of those born in 1675, the ‘year without a summer,’ or during the years of cold and famine in the early 1690s, to only 63 inches: the lowest ever recorded.”

In northerly latitudes, Parker says, each decline of 0.5 degrees Celsius in the mean summer temperature “decreases the number of days on which crops ripen by 10 percent, doubles the risk of a single harvest failure, and increases the risk of a double failure sixfold,” For those farming at least 1,000 feet above sea level, this temperature decline “increases the chance of two consecutive failures a hundredfold.”

The flight from abandoned farms to cities produced the “urban graveyard effect,” crises of disease, nutrition, water, sanitation, housing, fire, crime, abortion, infanticide, marriages forgone and suicide. Given the ubiquity of desperation, it is not surprising that more wars took place during the 17th-century crisis “than in any other era before the Second World War.”

By documenting the appalling consequences of two climate changes, Rosen and Parker validate wariness about behaviors that might cause changes. The last 12 of Parker’s 712 pages of text deliver a scalding exhortation to be alarmed about what he considers preventable global warming. Neither book, however, supports those who believe human behavior is the sovereign or even primary disrupter of climate normality, whatever that might be. With the hands that today’s climate Cassandras are not using to pat themselves on the back for their virtuous empiricism, they should pick up such books.