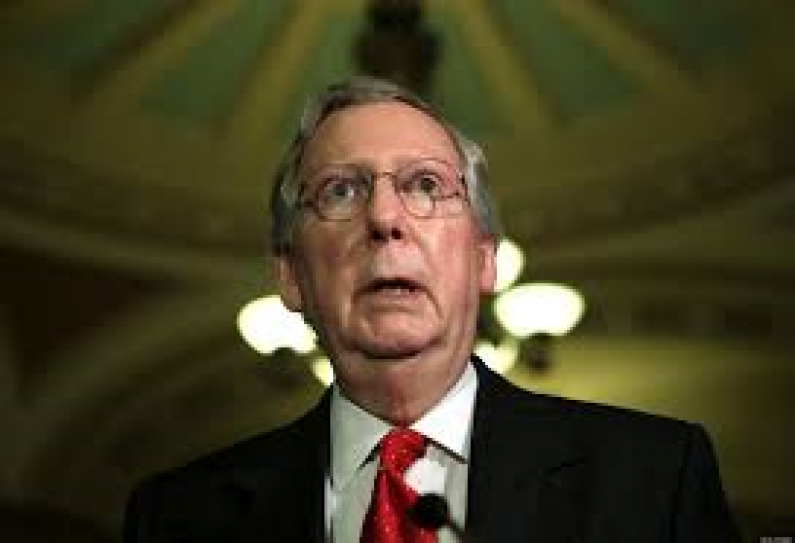 VIA “theguardian.com”, by Raul M. Grijalva Mitch McConnell will force a Keystone vote. What Democrats need to do now is stick together and give the president a veto-proof Keystone ‘no’ vote on the floor. Photograph: Michael Reynolds/EPA

The 114th Congress is officially underway, and in a move that speaks volumes about the Republican leadership’s agenda, the first order of business in the House and Senate is rubber-stamping the Keystone XL pipeline. The GOP is doing a big favor for Canadian oil interests by trampling the long-established process for making these important environmental decisions. In return, Americans get sharply increased risks to our climate and water quality.

Republican leaders are claiming – in the same hair-on-fire mode we’ve seen for years now – that Keystone will create a fantastic number of jobs that no independent analysis supports. They’ve never accepted that the burden of proof is on them to establish the need for this polluting, environmentally risky project. Instead, oil-hungry Republicans have insisted that everyone take their economic claims at face value and have accused environmentally responsible skeptics of not getting with the program.

Building a pipeline that cuts clear across the country so a Canadian corporation can export dirty tar sands to the highest bidder is not in our national interest. We have an established process for approving these projects. That process has not yet concluded, so Republicans are trying to circumvent it. The question is why.

The real answer can’t just be “jobs”. The State Department has found that constructing the pipeline would generate fewer than 200,000 jobs a year – and only 35 permanent American jobs once construction is finished. TransCanada’s CEO has admitted that once the pipeline is built, it would create “about 50” jobs.

Is that what all the Keystone fuss is about? Thirty-five or 50 jobs?

Under President Obama’s leadership, without Keystone or any other reckless Republican proposals to expand drilling off our coasts or on our prized public lands, this country added 321,000 jobs in November and 2.6m jobs in 2014. We could add many more by hiring Americans to rebuild the roads and bridges that make this country run. Instead Republicans are chasing pipe dreams.

Their urgency can’t be explained by some fiery passion for the rule of law. There is, even today, no legally approved route for Keystone to pass through Nebraska. The planned route violates treaties with tribal governments staunchly opposed to the pipeline. In all the time Republicans spend claiming to speak for the public interest, they still haven’t found a few minutes to speak to tribal leaders who highlight the project’s risks to environmental quality, property and cultural heritage.

Any case that anyone could make for Keystone – Republican or Democrat – certainly wouldn’t feature environmental quality or public health. The heightened risk of pipeline ruptures is as much a concern for people as for the environment. The pipeline’s proposed route crosses the Ogallala aquifer, which provides drinking water to no fewer than eight states. If the oil finds its way into those waters, the heavy tar sands bitumen will create a submerged disaster requiring a cleanup effort far above and beyond conventional responses.

For the people who live anywhere near the affected area, Keystone is more than a political issue in Washington – it’s a threat to the water they drink, the water in which they bathe, and the water upon which their crops (and yours) depend.

You wouldn’t know any of this to hear Republicans tell it. They believe in Keystone so single-mindedly that they aren’t even giving their own newly elected colleagues a chance to weigh in. This Congress includes 58 new members who have not debated this issue, nor been to a single hearing on pipeline safety or had a chance to offer their own ideas or amendments. Given the low price of gasoline and the rapidly changing face of our global energy markets, one would think a new Congress might have a few things to say about such a precedent-setting decision.

The White House said on Tuesday that “the president wouldn’t sign” the current Republican legislation. He is right. GOP officials shouldn’t be able to railroad through legislation based on bad numbers, bad science and bad politics.

What Democrats need to do now is stick together and give the president a veto-proof Keystone “no” vote on the floor. Years of statement-making and maneuvering are about to come to a head. The vote total is the only statement anyone’s going to listen to from now on. It’s time to stand firm.

Keystone cheerleaders have been desperate for years now to approve a project that would make a small handful of already very wealthy Canadians even wealthier and trample the rights of American pipeline opponents who live along the proposed route, to say nothing of posing serious climate and water-quality risks.

The question many of us keep asking is, “What’s the hurry?”

Rather than giving a straight answer, Republicans have decided to jam the pipeline down our throats, declare some kind of victory and call it a day. It’s not how decisions of this magnitude should be made – not in this or any Congress.