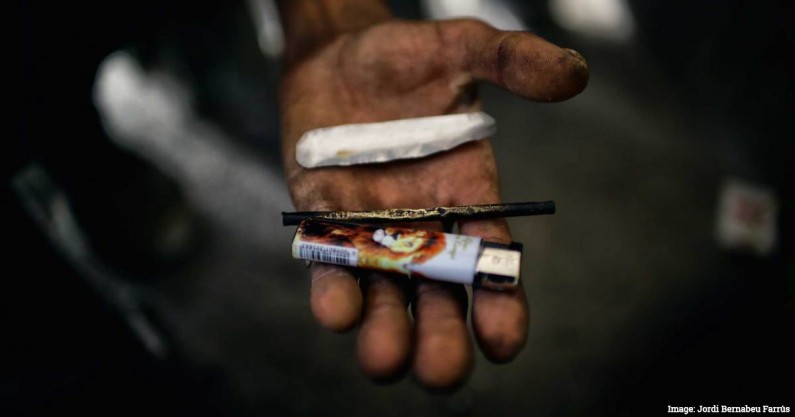 VIA “attn.com” by Mark Provost

In the 1990s, Portugal was faced with a drug epidemic. General drug use wasn’t any worse than neighboring countries, but rates of problematic drug use were off the charts. A 2001 survey found that 0.7 percent of its population had used heroin at least one time, the second highest rate after England and Wales in Europe. So, in 1998, Portugal appointed a special commission of doctors, lawyers, psychologists, and activists to assess the problem and propose policy recommendations. Following eight months of analysis, the commission advised the government to embark on a radically different approach.

Rather than respond as many governments have, with zero-tolerance legislation and an emphasis on law enforcement, the commission suggested the decriminalization of all drugs, coupled with a focus on prevention, education, and harm-reduction. The objective of the new policy was to reintegrate the addict back into the community, rather than isolate them in prisons, the common approach by many governments. Two years later, Portugal’s government passed the commission’s recommendations into law.

Just as important as the specific policies recommended by the commission is an entirely different philosophy. Rather than treating addiction as a crime, it’s treated as a medical condition. João Goulão, Portugal’s top drug official, emphasizes that the goal of the new policy is to fight the disease, not the patients.

When Portuguese authorities find someone in possession of drugs, the drug user will eventually go before a three-member, administrative panel that includes a lawyer, a doctor, and a psychologist. In dealing with the drug user, the panel has only three choices: prescribe treatment, fine the user, or do nothing.

How did it work?

Levels of drug consumption in Portugal are now among the lowest in the European Union. No surprise, the decriminalization of low-level drug possession has also resulted in a dramatic decline in drug arrests, from more than 14,000 per year to roughly 6,000 once the new policies were implemented. The percentage of drug-related offenders in Portuguese prisons decreased as well — from 44 percent in 1999 to under 21 percent in 2012.

HIV infection is an area where the results are clear. Before the law, more than half of Portugal’s HIV-infected residents were drug addicts. Each year brought 3,000 new diagnoses of HIV among addicts. Today, addicts consist of only 20 percent of HIV-infected patients.

Portugal’s drug control officials and independent studies caution against crediting Portugal’s’s decriminalization as much as its prevention and rehabilitation efforts.

Drug policy in the United States could not be more different. In the U.S., law enforcement still takes center stage, and the war on drugs is defended by vested interests — from police unions to private prison companies — that command billions in resources. While the top drug control official in Portugal is a doctor, the U.S. has a drug czar who specializes in law enforcement.

But advocates hoping to change the system have something they don’t: scientific evidence and popular support.

In early 2014, the U.K.’s government conducted an eight-month study comparing drug laws and rates of drug use in 11 countries, including Portugal. Published in October, the report concludes that “[w]e did not in our fact-finding observe any obvious relationship between the toughness of a country’s enforcement against drug possession, and levels of drug use in that country.” It was the U.K.’s first official recognition that its war on drugs has been a complete failure since Parliament passed the 1971 Misuse of Drugs Act.

Voters in Colorado and Washington have shown that the best place to make your voice heard is at the ballot box. If you’re tired of the war on drugs, go to OurTime.org to register to vote.