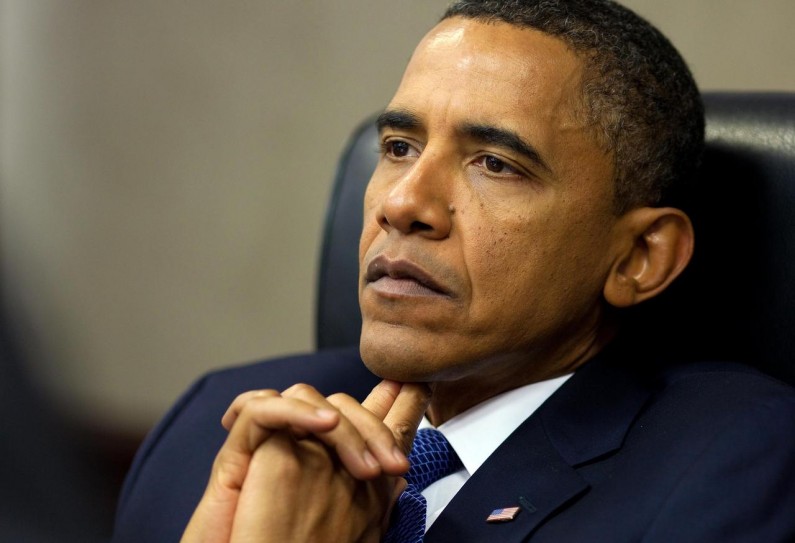 VIA “weeklystandard.com” by Fred Barnes

President Obama is headed for disaster in the nuclear deal with Iran. The nearly completed agreement, as best we know, would allow Iran to keep its nuclear infrastructure intact and its centrifuges churning out enriched uranium. The mullahs would be free to build an arsenal of nuclear weapons in as few as 10 years from now.

Given Iran’s record of cheating on international arms restrictions and hiding nuclear facilities, inspectors would have to be allowed unimpeded access throughout Iran—which the Iranians are certain to refuse. Meanwhile, their ballistic missile program, sponsorship of terrorism, and growing control over Syria, Lebanon, Iraq, and Yemen would be unaffected. All this is frighteningly far from the original goal of the negotiations: to require Iran to dismantle its nuclear facilities entirely.

For Obama personally there’s another aspect that, should he pursue it, threatens to add an extra blot on his presidency. With so many concessions to Iran and so little to show for them, the deal is bound to be controversial. Few if any Republicans are on board, so it won’t be bipartisan. And yet—here’s the blot—the president says he won’t give the agreement constitutional legitimacy by submitting it to Congress for review and possible rejection. And he’s not kidding.

This is a huge mistake. Obama may have to go out of his way to make sure Congress doesn’t vote up or down on the nuclear deal. Republicans have drafted a bill to force him to do just that. The House should pass it with votes to spare. In the Senate, there appear to be more than 60 votes, enough to hurdle a Democratic filibuster. That would put the bill mandating a congressional vote on Obama’s desk. If he vetoes it—and he says he will—this will turn the agreement with Iran into a one-man deal on the American side.

Obama’s intransigence hasn’t sat well with Republicans, nor should it have. In a video last week, presidential hopeful Rick Perry declared that “if President Obama signs an agreement that the Congress cannot support, our next president should not be bound by it.” An arms control pact that “excludes our Congress, damages our security, and endangers our allies has to be reconsidered by any future president,” Perry said. “We must not allow the incompetence of one administration to damage our country’s security for years and decades to come.”

Then freshman senator Tom Cotton (R-Ark.) stepped in, bringing 46 GOP senators with him. They signed a letter to “the Leaders of the Islamic Republic of Iran” informing them that presidents negotiate international agreements, “but anything not approved by Congress is a mere executive agreement.” The next president, the letter said, “could revoke such an executive agreement with the stroke of a pen and future Congresses could modify the terms of the agreement at any time.”

Obama condemned the letter, and Senator Bernie Sanders of Vermont echoed the president’s view that it’s his deal or war, an unpersuasive claim. Vice President Biden issued a statement saying he couldn’t recall any instance of senators sending a letter to foreign leaders. The letter, he said, “ignores two centuries of precedent and threatens to undermine the ability of any American future president .  .  . to negotiate with other nations on behalf of the United States.”

To no one’s surprise, Iran’s chief negotiator, Foreign Minister Mohammad Javad Zarif, was miffed too. He said the letter was “unprecedented and undiplomatic” and tells us that the United States is not trustworthy. Zarif should know about being untrustworthy. He and his country specialize in it.

What didn’t occur to Obama and his team was that the Cotton letter gave them an opportunity to seek a better deal. “Zarif,” Secretary of State John Kerry could say, “you’ve got to help me. Look at that crazy crowd of Republicans I have to contend with. They’re whipping up opposition. I’m going to need some concessions or the deal will die.” Obama spurned this lifeline.

His approach to Republicans is not to approach them at all. In months of talks with Iran, he’s failed to keep GOP congressional leaders abreast of what’s going on. The most they’ve learned came last year when an interim accord that extended the talks to this March was reached. The administration boasted how well it had done in that agreement, prompting the Iranians to release the actual document. It showed Iran had come out ahead.

Congressional Democrats haven’t been treated much better. They won’t be pleased if Obama forces them to vote on whether the final deal with Iran should be submitted to Congress. Think about it from their angle: An unpopular president wants you to spare him a vote in Congress on an unpopular agreement he’s arranged.

Thanks to Cotton, Perry, and Senator Bob Corker (R-Tenn.)—chairman of the Senate Foreign Relations Committee and the first to propose legislation calling for a congressional vote on an agreement with Iran—for raising the matter of Congress’s role. Indeed, it ought to have one. An agreement with Iran cries out for a vote, all the more because the White House regards this deal as its top priority in Obama’s second term. Obamacare was biggest in the first term, now it’s Iran and nukes.

With a vote, Obama will have to make the case for what he’s imposed regarding Iran, even if it doesn’t amount to much. He’ll have to reveal the rationale behind the go-easy posture he adopted toward Iran, assuming there is one. He’s hinted about détente between the United States and Iran. That, by itself, is worth a vote.