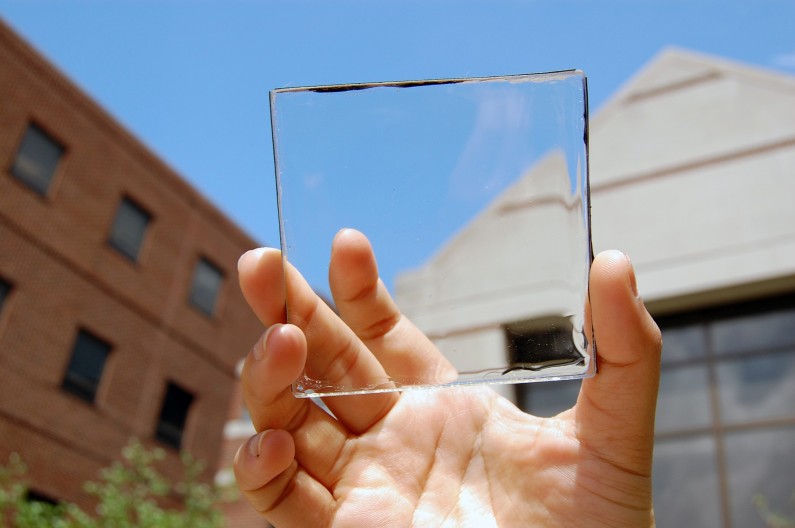 Researchers from Michigan State University have developed a transparent solar cell capable of being used as a replacement for windows! This concept was once deemed impossible, due to the fact traditional solar panels absorb light and convert it into energy. Transparent surfaces are not capable of absorbing light.

Researchers accomplished this feat by developing a system called transparent luminescent solar concentrator (TLSC), which is composed of organic salts which absorb non-visible wavelengths of infrared and ultraviolet light. This light is then focused towards a traditional solar cell which is capable of trapping the energy and turning it into electricity. This material has unbelievable potential. Not only can it be utilized for windows, but it could revolutionize displays on electronic devices, giving them a significantly longer battery life.