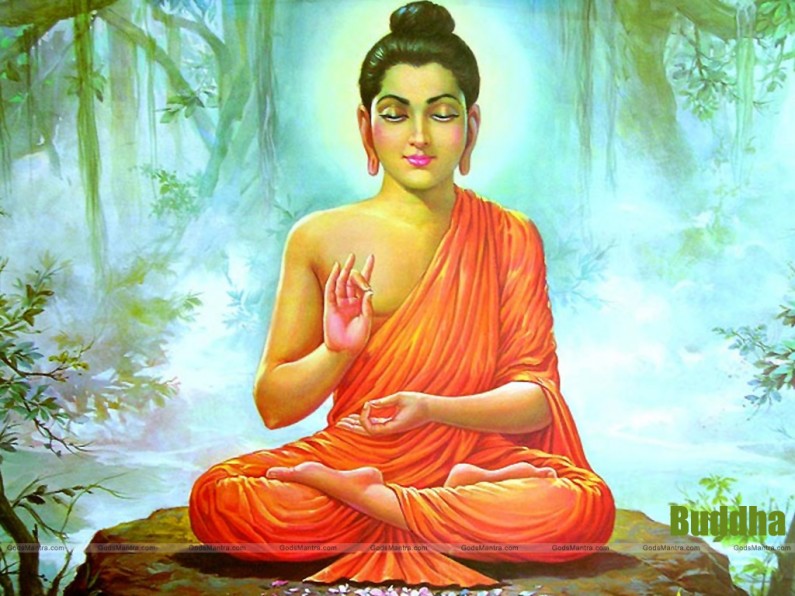 Between the 6th and 4th century BCE, a man named Siddhārtha Gautama began to turn heads in Eastern India with his profound spiritual wisdom.  He was given the name “Buddha”, which literally means “The enlightened one”, and to this day we still receive tremendous insight from his teachings.

Interestingly, Buddha never actually wrote any of his teachings down.  Similar to Jesus and Socrates, his method of teaching was verbal and communicative.  Oral traditions kept the wisdom of the Buddha alive until 400 years after his death when the first transcript of his teachings first emerged.

His awakening occurred when he realized that you didn’t have to starve yourself and mortify your body, as was commonly practiced in India at that time to enhance spiritual clarity and wisdom.  When a young girl offered him some milk and rice pudding as an action of compassion, he realized that there was more to The Way than what he had been taught.

He then meditated for 49 nine days after vowing he would not move until he found the truth.  The insights that came from this still remain some of the most relevant and profound spiritual teachings of all time.  Here are 25 quotes from Buddha that will change your life:

1) “However many holy words you read, however many you speak, what good will they do you if you do not act on upon them?”

4) “Every human being is the author of his own health or disease.”

5) “To understand everything is to forgive everything”

6) “Better than a thousand hollow words, is one word that brings peace.”

7) “Whatever words we utter should be chosen with care for people will hear them and be influenced by them for good or ill.”

8) “No one saves us but ourselves. No one can and no one may. We ourselves must walk the path.”

9) “In a controversy the instant we feel anger we have already ceased striving for the truth, and have begun striving for ourselves.”

10) “In the sky, there is no distinction of east and west; people create distinctions out of their own minds and then believe them to be true.”

11) “Those who are free of resentful thoughts surely find peace.”

12) “Hatred does not cease through hatred at any time. Hatred ceases through love. This is an unalterable law.”

13) “There has to be evil so that good can prove its purity above it.”

16) “The mind is everything. What you think you become.”

17) “Just as treasures are uncovered from the earth, so virtue appears from good deeds, and wisdom appears from a pure and peaceful mind. To walk safely through the maze of human life, one needs the light of wisdom and the guidance of virtue.”

18) “We are shaped by our thoughts; we become what we think. When the mind is pure, joy follows like a shadow that never leaves.”

19) “Work out your own salvation. Do not depend on others.”

23) “To conquer oneself is a greater task than conquering others”

25) “Have compassion for all beings, rich and poor alike; each has their suffering. Some suffer too much, others too little.”

About the Author: My name is Steven Bancarz, and I am the creator of ‘Spirit Science and Metaphysics’.  I am working on a new social platform is being built called ‘The Conscious Forum‘ to provide the best place online for open-minded people to discuss, engage, and connect with one another in a way never offered before.  To learn more, click the photo below: