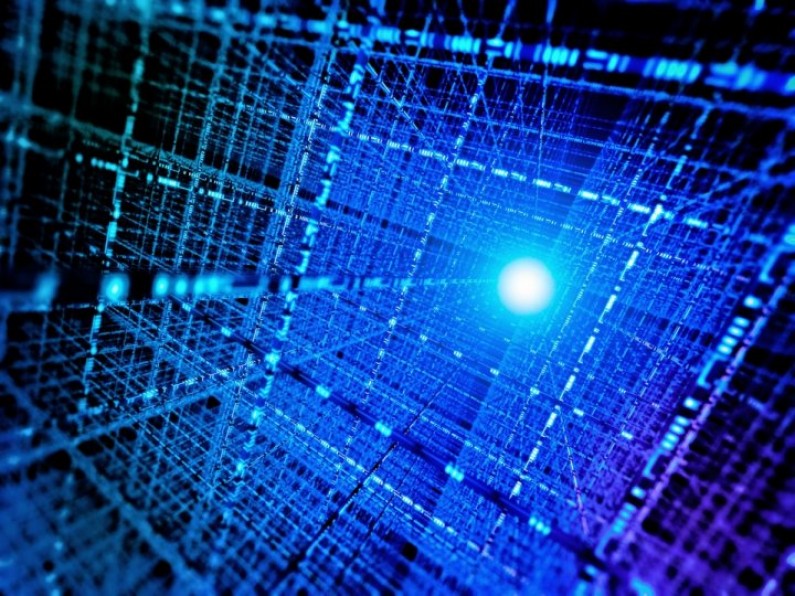 VIA “thespiritscience.net” by Jordan The Spirit Science

How do you measure something that is infinite?

That is the piece of the puzzle that physics researchers at The University of California – Santa Barbara are trying to solve.

When quantum physics and computing technology come together, advancements are created with Qubits (Quantum Bits), which are essentially the super-positioning of bits of data into a computational structure that allow for a much more advanced, multidimensional computer than we’ve ever created before.

Traditional computers use a method of Binary, where data is either locked into a 0 or a 1 space.

Qubits are superpositioned, which means they can be multiple forms, or a combination of bits, all at once…

But you know what, these guys said it so much better than I.

Unlike classical computing, in which the computer bits exist on one of two binary (“yes/no,” or “true/false”) positions, qubits can exist at any and all positions simultaneously, in various dimensions.

It is this property, called “superpositioning,” that gives quantum computers their phenomenal computational power, but it is also this characteristic which makes qubits prone to “flipping,” especially when in unstable environments, and thus difficult to work with.

And this is the challenge that these scientists are facing today… Getting a quantum computer to work in a way where the data bouncing around can stay structured AND have a flow to it all at the same time. Right now, it’s just a little bit too much like female energy. It flips on itself.

However, this IS quantum physics we’re dealing with… So, the double slit experiment once again trumps all of our research. Whenever anyone goes to observe the data in the free-flow quantum-bit structure, the data locks into place and becomes ONE possibility (0 or 1), rather than the infinite possibilities of what that bit could represent.

“You can’t measure a quantum state, and expect it to still be quantum,” explained Barends. The very act of measurement locks the qubit into a single state and it then loses its superpositioning power, he said.

Therefore, in something akin to a Sudoku puzzle, the parity values of data qubits in a qubit array are taken by adjacent measurement

qubits, which essentially assess the information in the data qubits by measuring around them.

Now, this is where this discovery gets exciting. Because while having these problems, the solution essentially became a new program that allows us to pull out data by reflecting off of other data… Make certain data solid in order to keep the rest as “liquid”, allowing to keep the free-flow qubits but still able to pull out error-messages at will.

And when they built this, the breakthrough was made. This is the first quantum computer that can actually correct its own errors. The computer actually is being built to be aware of it’s own errors when one occurs, and it uses several quantum bits to hold itself together while that data is analyzed.

This is the first time a quantum device has been built that is capable of correcting its own errors,” said Fowler.

For the kind of complex calculations the researchers envision for an actual quantum computer, something up to a hundred million qubits would be needed, but before that a robust self-check and error prevention system is necessary.”

And the idea is that we build this system of nine qubits, which can then look for errors,” he said.

As our consciousness evolves, so too does the technology we create.

As we come into a more complete, whole, and infinite relationship with ourselves and each other, our technology will follow suit.

It is not up to the technology to make our lives better. It is up to us to build the things that will take us to the next level.