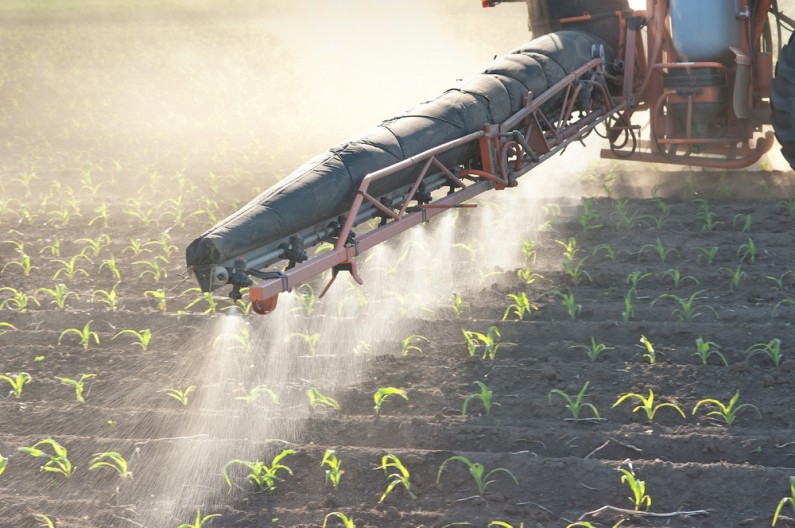 It’s May in Rocky Mountain National Park, but on a mountainside 10,829 feet above sea level, snow is falling. It’s pelting Jim Cheatham, a biologist with the National Park Service. Shrugging off the cold, Cheatham seizes a teachable moment. This snow, he says, holds more than just water.

For the past eight years, the biologist has spent most of his time thinking about how nitrogen pollution is changing the park’s forests, wildflowers and alpine lakes. He’s also been looking for a way to stop it.

As Cheatham explains, it’s not that nitrogen is bad in and of itself. It’s that there’s too much of it in the park. Think about putting fertilizer, which is basically nitrogen, on your lawn or garden, he said.

“What if you applied that fertilizer — and that’s exactly what it is — at that rate — 15 times what’s on the label,” he says. “Weird things are going to happen.”

Weird things are happening in the park’s alpine meadows and in the lakes nestled beneath its craggy peaks. Cheatgrass, an invasive weed, is making its way higher and higher into the park, buoyed by extra fertilizer, as are other weeds. Native trees are weakened by the extra nitrogen. Rivers are becoming more acidic.

Cheatham recalled a moment one day when he was driving through the park with his family, in what should have been a relatively pristine alpine environment.

“And I happened to catch what I thought was Canada thistle, you know catch sight of that while driving,” said Cheatham. “I stopped, and I panicked.”

Those spiky, purple flowers are a highly invasive weed. That thistle isn’t supposed to be there. When it is, that means it is crowding out native plants, like wildflowers.

And it gets weirder.

“This past year, for the first time we saw an algal bloom in one of our high mountain lakes,” said Cheatham. “Never been seen before, never been documented before.”

Scientists are still investigating the links between the algae bloom and nitrogen, said Cheatham. Regardless of if the link is direct, they are sure of one thing: Too much nitrogen is throwing off the park’s ecological balance. If nitrogen levels stay high, the park could look completely different in just a few decades.

After he saw that invasive thistle, Cheatham called out what he called a “SWAT team” of biologists who attacked and removed the weed. A better solution, though, would be to stop the extra nitrogen from getting to the park in the first place.

Slutsky admits that at first it’s hard to make a connection between a dairy farm on Colorado’s Eastern Plains and biological weirding in Rocky Mountain National Park.

Yet strange as it might seem, farmers on the plains are responsible for a significant amount of the extra nitrogen that’s falling in the park, as rain, or snow.

Other sources include automobiles, oil and gas operations, and other industrial activities from within Colorado. Some nitrogen comes from as far away as California, Nevada, Nebraska and Iowa, according to a 2009 report. Spurred by a 2004 petition from Trout Unlimited and the Environmental Defense Fund, the Park Service, the U.S. Environmental Protection Agency and the Colorado Department of Public Health and Environment began to focus on reducing nitrogen in the park.

Pointing at a corral where a few of his 1,500 dairy cows were chowing down, Slutsky says this is where the problem starts.

“Ammonia is created out in the corrals — the cows are designed so perfectly, they provide everything — so the urine hits the ground and it creates ammonia,” Slutsky says.

Ammonia, which contains nitrogen, can come from a cow urine and manure reacting with the air. Ammonia is a gas, and it can be transformed into another type of particle, ammonium nitrate, that is small and easily carried on the wind.

Normally, wind comes from the west. So most of the nitrogen created at dairies like Slutsky’s, and other farms, is carried to places like Nebraska. A few times a year, though, the winds change.

“Not real often. But on occasion they do. Maybe a dozen times a year,” says Slutsky.

When that happens, the nitrogen gets carried up into the park. If it rains or snows, it falls on the park, providing fertilizer for weeds like Canada thistle and stressing out the park’s ecosystem.

Neither Cheatham nor cattle feedlot owners want this to happen. That’s why the Park Service and other federal agencies are partnering with groups of Front Range farmers to use a novel alert system.

Slutsky and around 50 other farmers signed up for a voluntary program where they get an alert when the winds are blowing the wrong way, from the east, and a system is likely to move in and rain nitrogen down on the park.

The alert tells them how long the weather system will last, often two days or less. In response, the farmers can implement conservation practices that keep nitrogen out of the air. Slutsky might decide to move manure another day. Another farmer might postpone a fertilizer application.

Texas A&M University professor Brock Faulkner is a consultant for the project, which went through a trial run in 2014, sending out 10 warnings to Eastern Plains farmers.

“If we could shift the timing of those practices so that those emissions occur at a time when they’re less likely to cause detrimental environmental impacts, that would be fantastic,” says Faulkner.

Participants ironed out the kinks and showed that the alert system functioned. Faulkner said during the trial run, at least 60 percent of the farmers notified were willing to change their practices to avoid releasing more nitrogen.

While nitrogen levels haven’t started declining in the park, Cheatham says they have stopped increasing.

Farmers hope it works. As Slutsky says, they’re doing it because they want to, but also to avoid future regulations: “We all either have either the hammer over or our conscience or both.”

It’s not just Rocky Mountain National Park that could benefit.

If this type of voluntary program works, it could be a model for other places where pollution from agriculture has caused problems, like the Gulf of Mexico or Lake Erie.